You can get entered to win a copy of Replication : The Jason Experiment by Jill Williamson here! Be sure to cheek it out before Tuesday January 7.
Email ThisBlogThis!Share to TwitterShare to FacebookShare to Pinterest
. . . . . . . . . Written by Unknown at 6:09 PM No comments:

So last week I blogged the first part of this two part series. You can read that post here.
This week I'm going to be covering the last Point of View. This one is (in my opinion) the most complicated.
Now the third POV is called . . . How did you guess? Third Person.
I've read that this is the most common POV, but I think it just about ties with first person.

What is third person POV?
It's when the narrator is outside the story telling about something that is happening inside the story. It uses the pronouns he, she or they.

Two examples are Harry Potter by JK Rowling and Rangers Apprentice by John Flanagan.
Here's my own example:

On Mondays, I'm going to give vent to that fact that I'm a teen writer and talk about one of my favorite things! My writing! If you get board feel free to skip this post.
So, what am I writing?
Currently I am in the editing phase of my first novel. It's a Sci-Fi/Fantasy about a fourteen year old girl named Jemma.
After the death of both her parents, Jemma discovers she's adopted. She sets out on a quest to find her true mother and her search takes her into the midst of a rebellious organization known as The Revellen. Jemma learns that her birth mother is a key player in The Revellen, but is currently missing after going on a dangerous mission. Can Jemma find and rescue her in time?
THE REVELLEN is a full length 60,000 word novel.
Yeah, it's that cool. Don't you wish you'd thought of it?
I'm hoping to be done editing it by the end of the school year, at which point I'll start on my next book idea.
What is that idea? Come back next week and see.
Email ThisBlogThis!Share to TwitterShare to FacebookShare to Pinterest
. . . . . . . . . Written by Unknown at 7:54 AM 2 comments:

Happy Saturday! I don't know how you feel about Saturdays, but I like to do a lot of book writing, which means not a lot of blog writing. So on Saturdays I'll just be redirecting you to someplace else, like a blog, website, magazine, or book.
So what's this Saturday?
My number one favorite teen writing blog . . . Go Teen Writers!
Email ThisBlogThis!Share to TwitterShare to FacebookShare to Pinterest
. . . . . . . . . Written by Unknown at 8:39 AM No comments:

Fridays with First Timers: Above by Leah Bobet 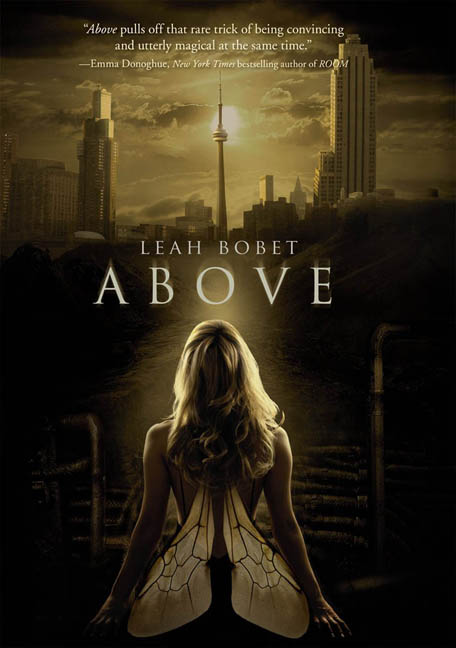 On Fridays with First Timers, I'll be giving you a look at debut authors who's books are upcoming or came out recently.

This Friday the book is Above by Leah Bobet.

Leah Bobet drinks tea, wears feathers in her hair, and plants gardens in back alleys. She lives in Toronto, Ontario. Above is her first novel, though she has written for other books.

I have seen Above classified as a Young Adult Urban Fantasy/Sci-Fi.

Here's a summery of the book from the publisher's website:


Matthew has loved Ariel from the moment he found her in the tunnels, her blond haFriir shining and her bee's wings falling away. They live together in Safe, a refuge deep underground for those fleeing the harsh city Above -- as does Whisper, who speaks to ghosts, and Atticus, who has thick claws for hands, and Jack Flash, who can shoot lightning from his fingertips.

But one terrifying night, an old enemy invades Safe with an army of shadows, and only Matthew, Ariel, and a few friends escape Above. Forced to survive in the most dangerous place he can imagine, Matthew strives to unravel the mystery of the shadows' powers and Safe's own secret history. For he must find a way to remake Safe -- not just for himself and his friends, but for Ariel, who's again faced with a life she fled, and who needs him more than ever before.

A gorgeously imagined urban fantasy and a deeply moving love story, Above is the debut of an extraordinary new voice.


Be sure to cheek out Above when it hits the shelves this spring. The estimated pub date is April 1st according to Goodreads.com.

As I've read fellow teen's writing, I've noticed some problems. And I've decided to present a series of posts on these pesty bugs. And the first problem? POV.

Problem #1: What's POV mean?
This is something you should learn if you hope to become a professional writer. It's writers lingo, which is always important to know. So, POV? Simple. It's the abbreviation for Point Of View.

Problem #2: What's Point of View?
The simple answer is that Point of View the View Point the story is told from. Whose head are we in?

The long answer is much more complicated. There are three different Points Of View. 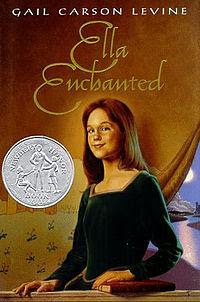 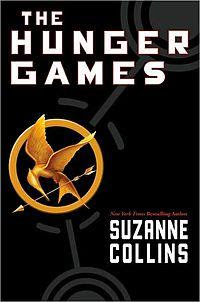 The first is called First Person. Go figure.
First Person is when the narrator, who is a character in a story tells the story about another character in the story or about themselves. It uses the pronouns I and Me.
Two books told in first person are Hunger Games by Suzanne Collins and Ella Enchanted by Gail Carson Levine.
Here's my own example:

"You shouldn't be here" I said.
The boy on the ground shrugged, although how anyone can shrug when their hands are tied behind their back is beyond me.
I knelt on the floor next to him, holding a dagger to his throat.

You see? There is a character in the story and we are inside his or her head. 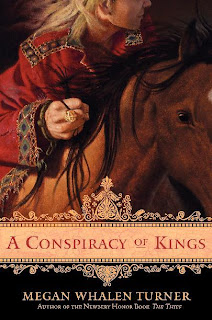 The second POV is called Second Person.
Second Person is when you, the reader, are addressed as a character in the story, normally the main. It uses the pronoun you. Imagine telling someone about who they are after they've had amnesia. This style is rarely used, and I can only give an example of selected sections of Conspiracy of King by Megan Whalen Turner.
Here's my example:
You're running. Again. If you owned a gold coin for every time you ran from something, you'd be richer then the king.
Behind you someone yells, "Stop thief!"
But you don't stop, because the people behind you want to kill you.

And the last one? We'll leave that for next week.
Email ThisBlogThis!Share to TwitterShare to FacebookShare to Pinterest
. . . . . . . . . Written by Unknown at 8:29 PM 2 comments: